Here are most of the characters! 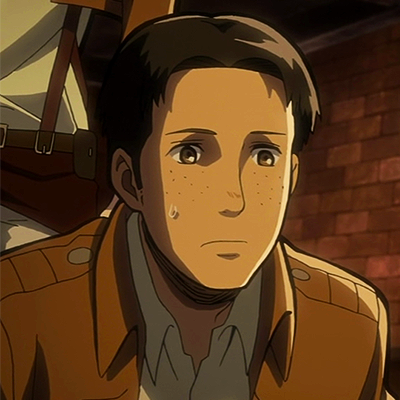 He is a leader of one of the groups when Eren first turned into a titan but then dies on the same day.His best friend Jean however doesn't know how he died.All he knows is that his best friend is dead.:( Marco has a kind heart but also a strong personality for leadership!He so cute! 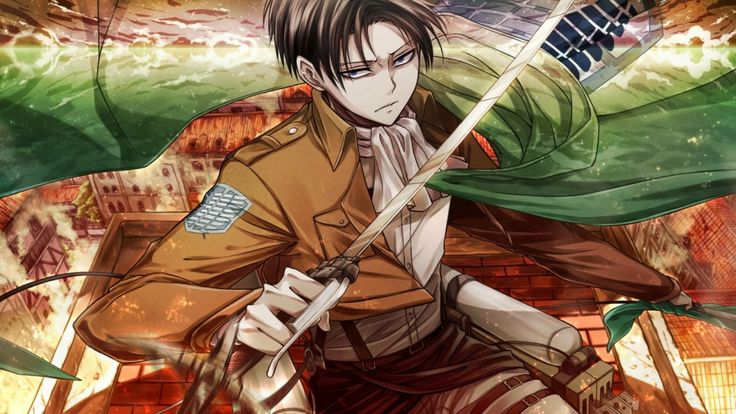 He short but handsome!He is know to everyone as the strongest man alive.People look up to him for hope and insporation but he can be a bit to serious.He is also and important character just like Eren but more short,serious,and cleans alot. 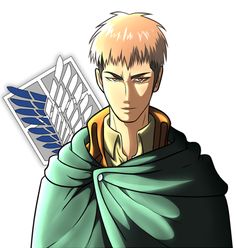 Jean can see the situation and come up with something but not a soild plan.He is also like a leader but more hotheaded like Eren.He wanted to join the Military police or the MPs so he can have a better life then what he has but that changes when he saw his best friend dead on the floor.Something clicked then and so Jean decided to join the Survey corps.Poor Jean! 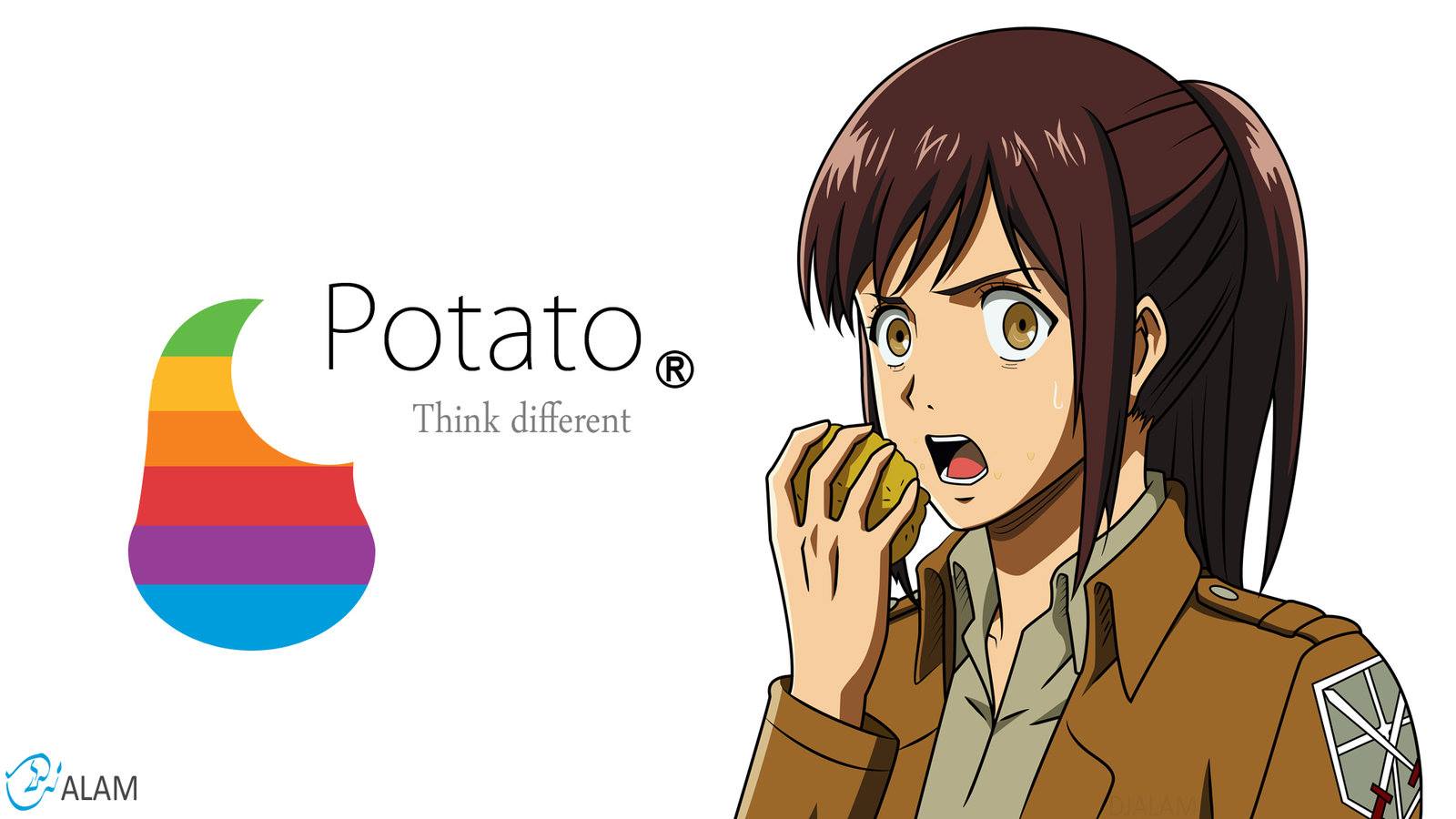 Sasha is a hunter that will do anything to get some food.She will hunt and steal what ever she can to fill her stomach.She is also refered to as Potato girl because on the first day of training she stole a potato and decided to eat it infront of the instructor.To be honest I'm kind of like her with food. 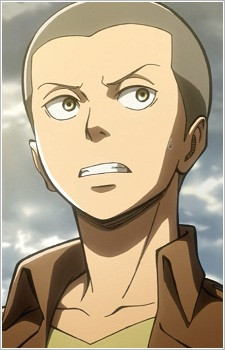 He isn't the smartest but he's pretty bright.He is also a hunter and likes food just as much as Sasha or a little less than Sasha.He also helped Mikasa and Armin get to safety. 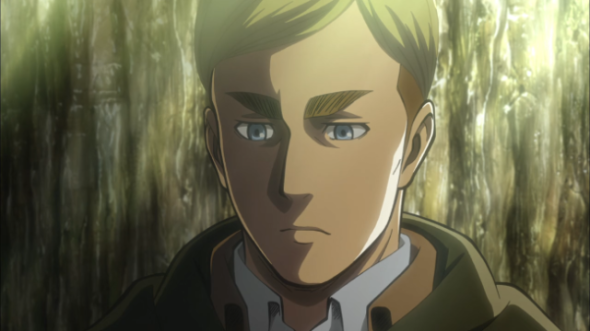 He is the comander of the survey corps.He is a big asset to levi and the others but to others can be a little to exreme or crazy. 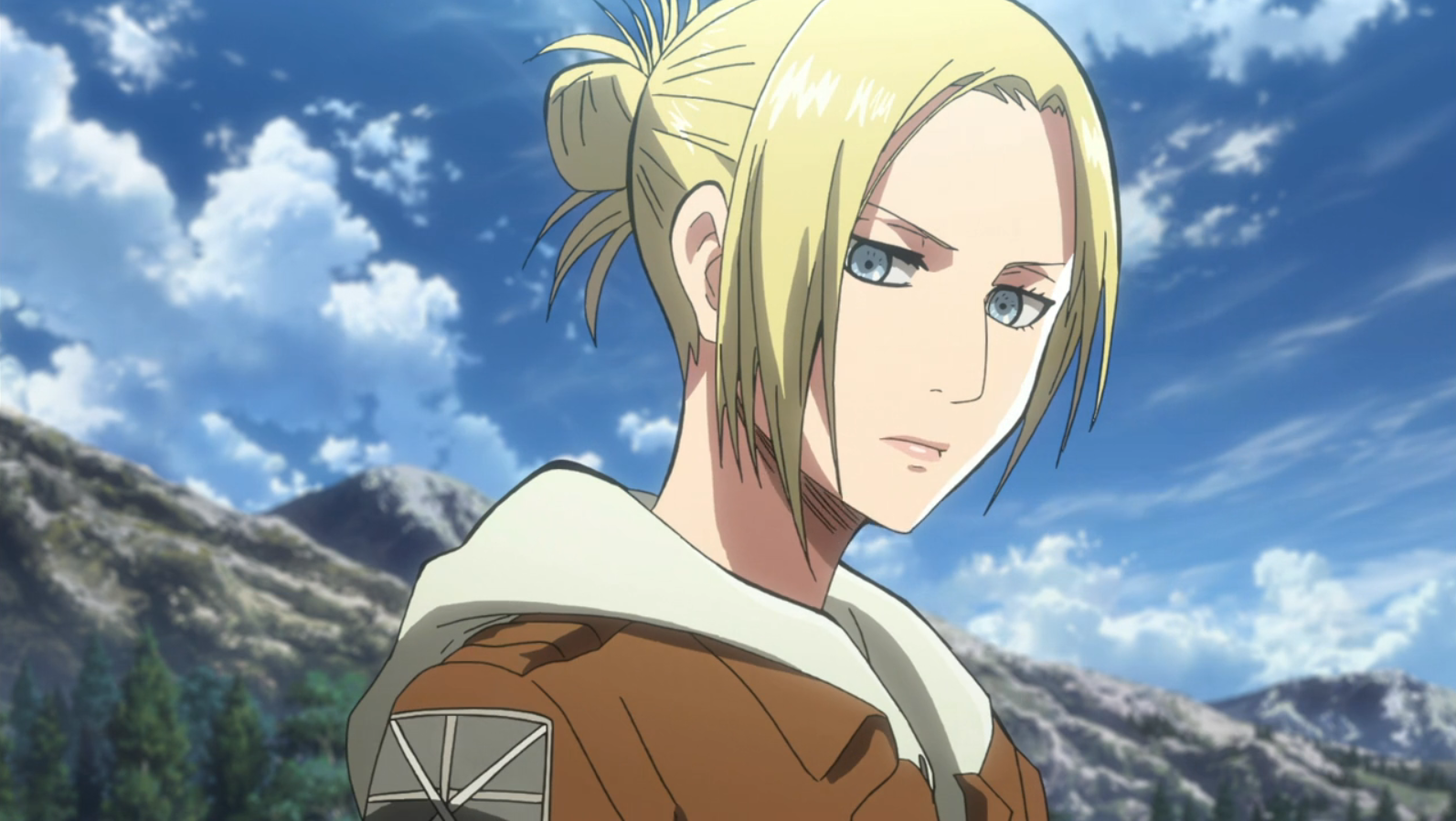 Annie likes to keep to herself but because of that she keeps secrets like she is the FEMALE titan and can transform just like Eren can.

She's a bit of a psychopath but one of my favorite characters because she is so crazy.Hanji studies titans to see how they behave but at a sertaint time Hanji hated the titans. 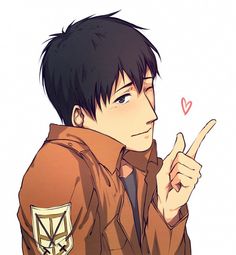 He is very gentle and kind hearted like Marco but not so much as a leader.He is a reliable person to count on. 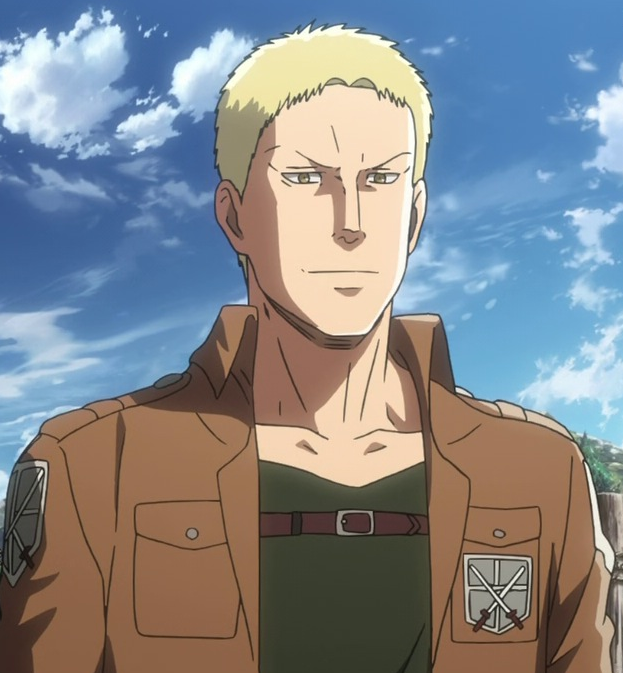 He is also a great person to count on as well but Reiner is more lean and tougher than Bertholdt is and smarter too.

Back to home page